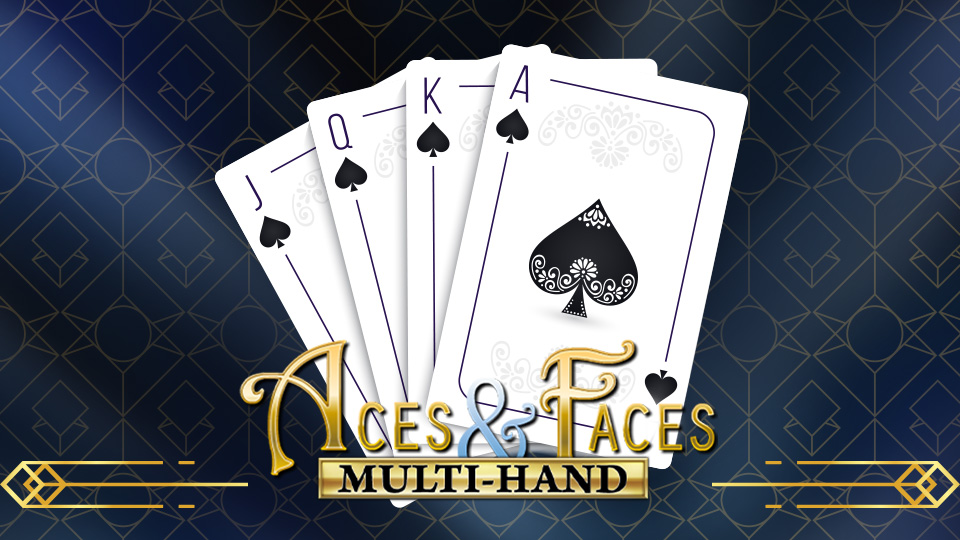 4.2 out of 5 stars.
Log in to rate the game
One of the world’s best online video poker games is here to stay. You spoke and we listened.
Multi-Hand Aces and Faces is the well known variation on Jacks or Better that poker players can’t seem to get enough of. Apply your credits and play now. The rules are simple and if you bet high enough and get a Royal Flush you’ll be laughing all the way to the bank!
Log in and review this game Share your thoughts with other players
Video poker is largely based on Jacks or better. It can also be described as a variation of Deuces Wild, The main distinction that separates is from other video poker games is the bonus payouts on the 4 of a king hands. The bonus payouts in question apply to any hand that is 4 of a kind. That can be Aces or face cards (Jack, Queen, King).Playing Aces and Faces Multi-Hand is the same as playing Jacks or Better Multi-Hand. You apply your credits and you will see them in your account and hence in your bank when you start playing the game. Simply decide how much you would like to bet per hand, then hit the “deal” button. You are dealt a hand with 5 cards from a virtual deck of 52 cards (with no jokers,).You then decide which cards to dispose of and which ones to keep. You can discard or keep any number of cards (for example just one, or all five). After you have decided which cards to keep, you have will be dealt replacement cards. You will then be awarded a payout based on how high the poker hand you are left with is. Keep in mind their are no “wild” cards in this game. Try to bet high, around 10 coins per hand, the Royal Flush is rare but it pays 500 to 1. So if you hit it, JACKPOT! The hands are as follows, from best to worst.Royal Flush, Straight Flush, 4 of a kind (aces), 4 of a kind (face cards), 4 of a kind, Full House, Flush, Straight, 3 of a kind, 2 pairs and A Pair of Jacks or Better. You will enjoy playing Aces and Faces for hours on end while wisely betting from your trusty stack of chips. There are plenty of other online video poker games to play on our site but we strongly suggest you try this one on for size.